how to create your own site

Where rhythm is the only language...

STOMP is a unique combination of percussion, dance and physical comedy: seen by over 10 million people worldwide, there have been long running productions in London, Paris, Las Vegas, Boston and San Francisco, with the flagship New York still running and show now entering its 25th year. There are up to 3 touring productions around the globe at any given time...
STOMP finds beauty and music in the mundane. It turns brooms into instruments and handclapping into a conversation; the junk and clutter of urban life becomes the source of infectious rhythm and wonder. Eight talented performers take the audience on a journey through sound, where rhythm is the only language.
Created in Brighton, UK, in the summer of 1991, STOMP was the result of a ten year collaboration between its creators, Luke Cresswell and Steve McNicholas. It seemed only fitting then, to return to their roots for a definitive, ultra High Definition recording of the show. Shot using state of the art 4k digital RED cameras and recording pristine digital multitrack audio, STOMP LIVE became the most authentic record of the show ever produced.
A one off combination of performers from the Vegas, New York, London and touring productions of STOMP make music with Brooms, Matchboxes, Hands and Feet, Poles, Chairs, Sinks, Basketballs, Newspapers and more, climaxing with the exhilarating trademark BINS routine, where metal trashcans become drums and dustbin lids become combat shields. The encore engages the audience in a call and response that proves rhythm is a universal language....
Sizzling energy, insanely talented, utterly infectious. Time Out, London
Brilliant and very funny: theatre at its most seductive. New York Times
STOMP LIVE on DVD

WHERE TO SEE STOMP

STOMP has an ongoing production in New York City (entering its 26th year) and up to 3 touring companies at any given time, around the world: 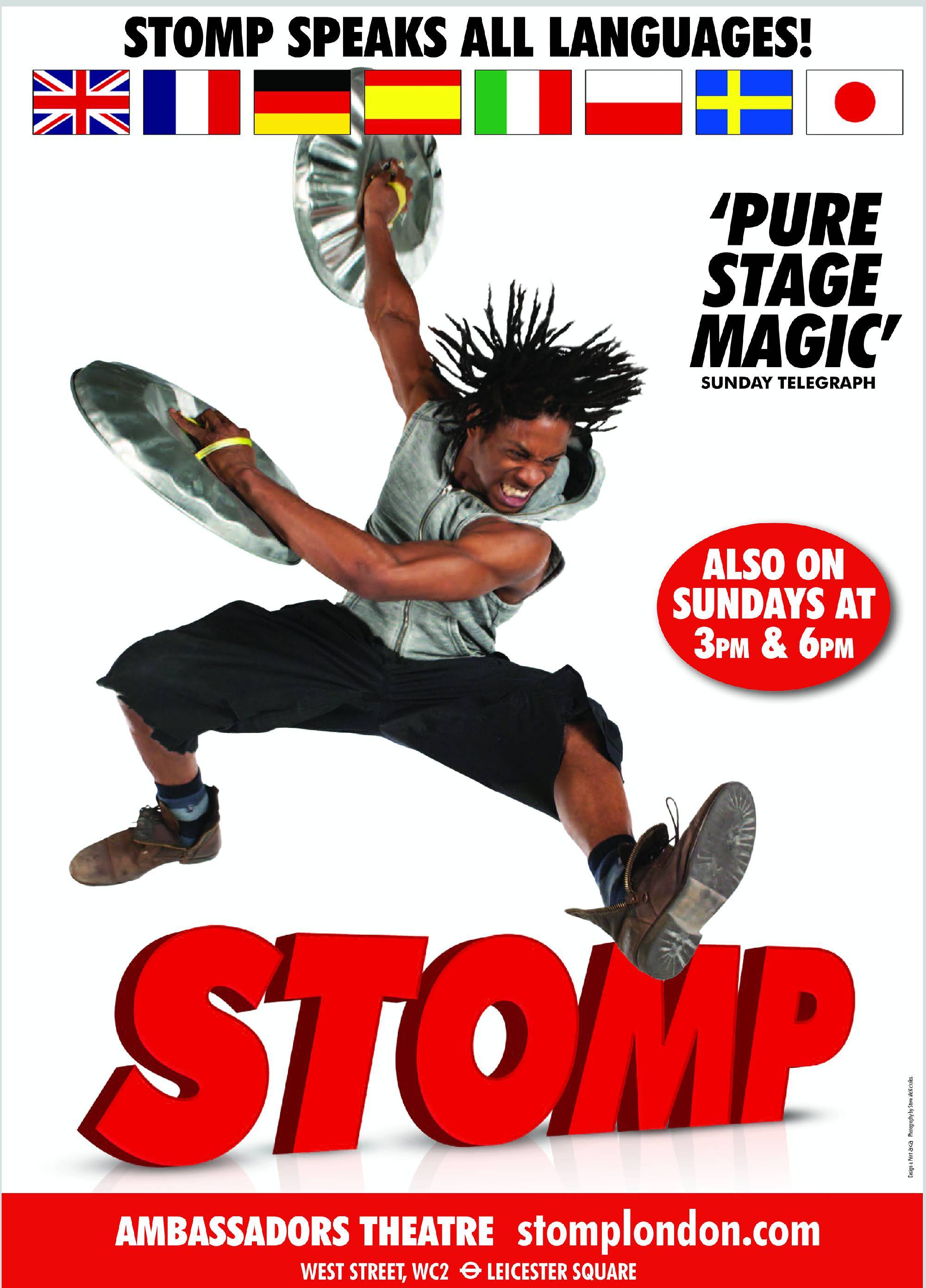 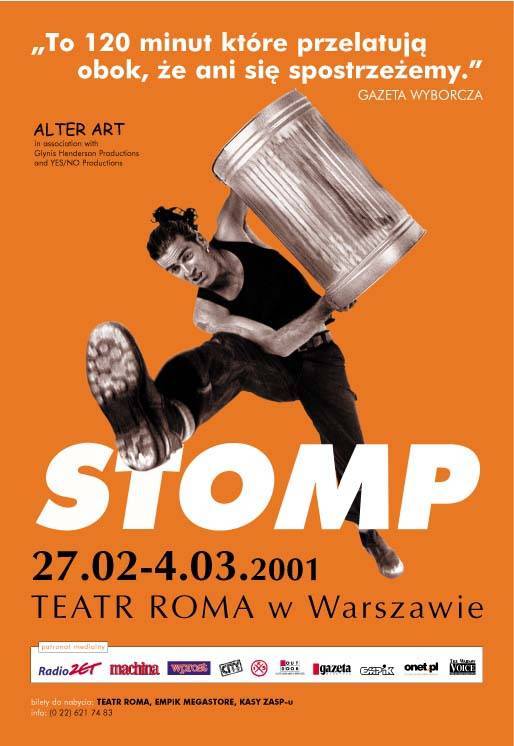 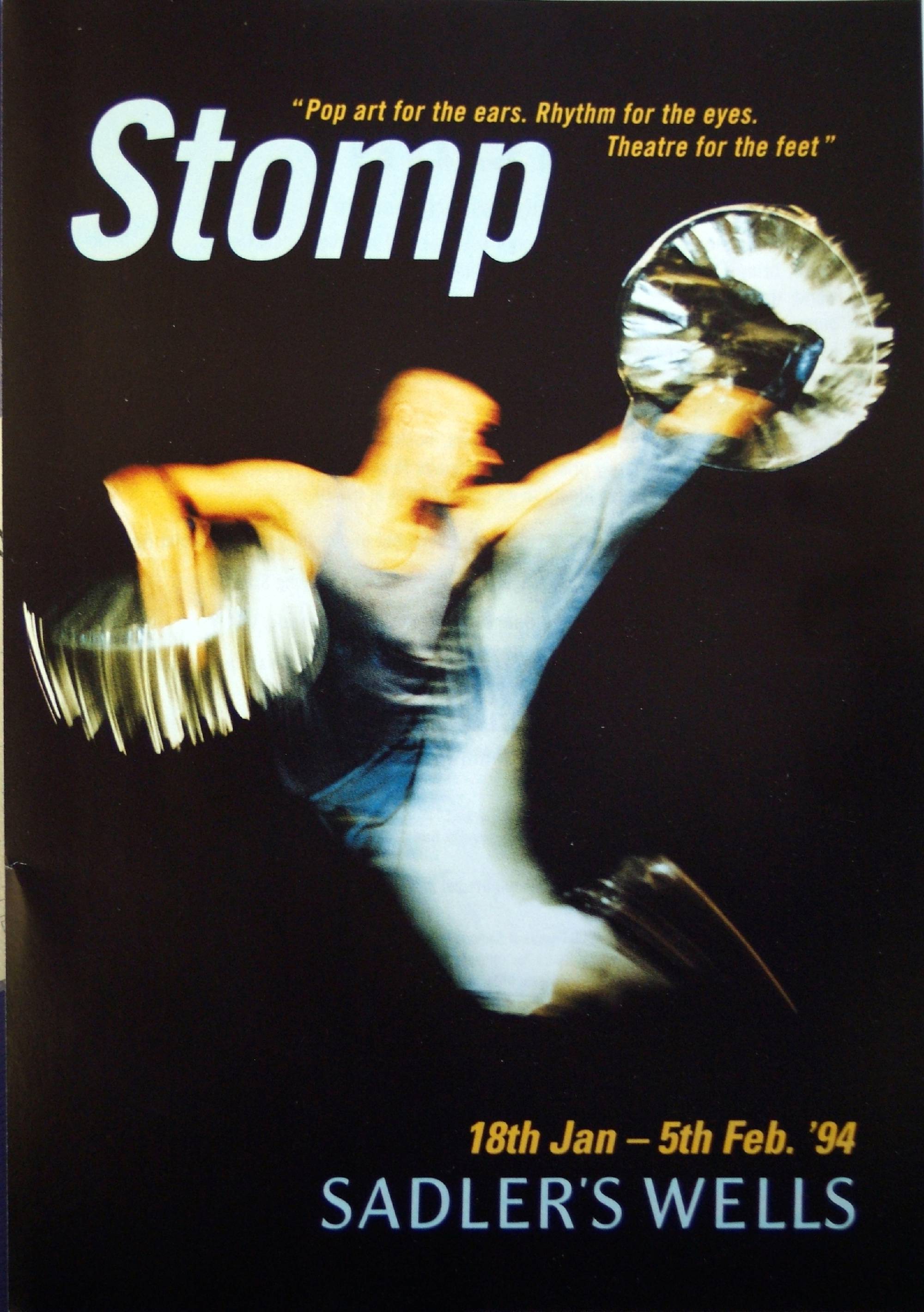 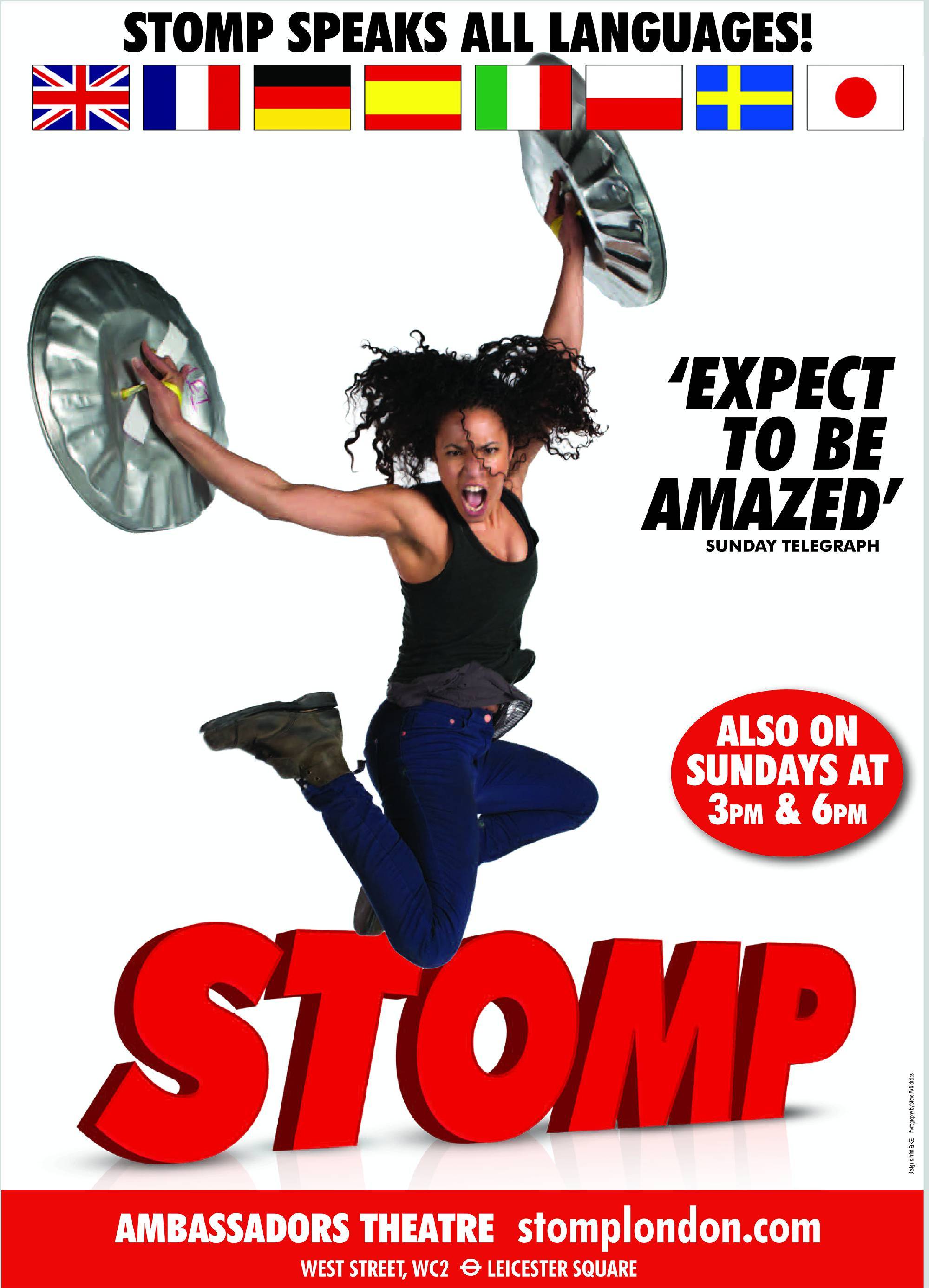 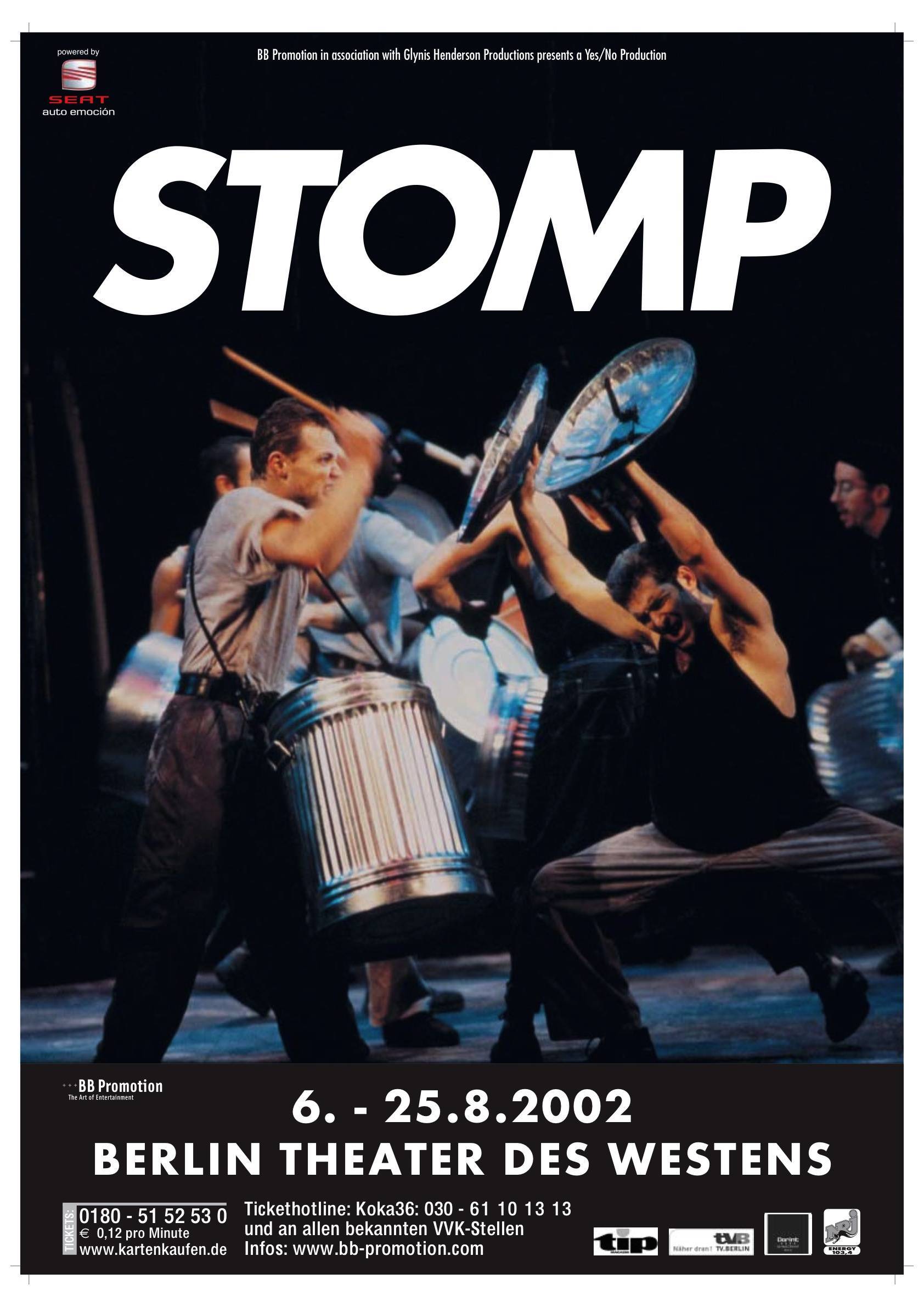 The Old Market,
11a Upper Market Street
Brighton and Hove, BN3 1AS
UK